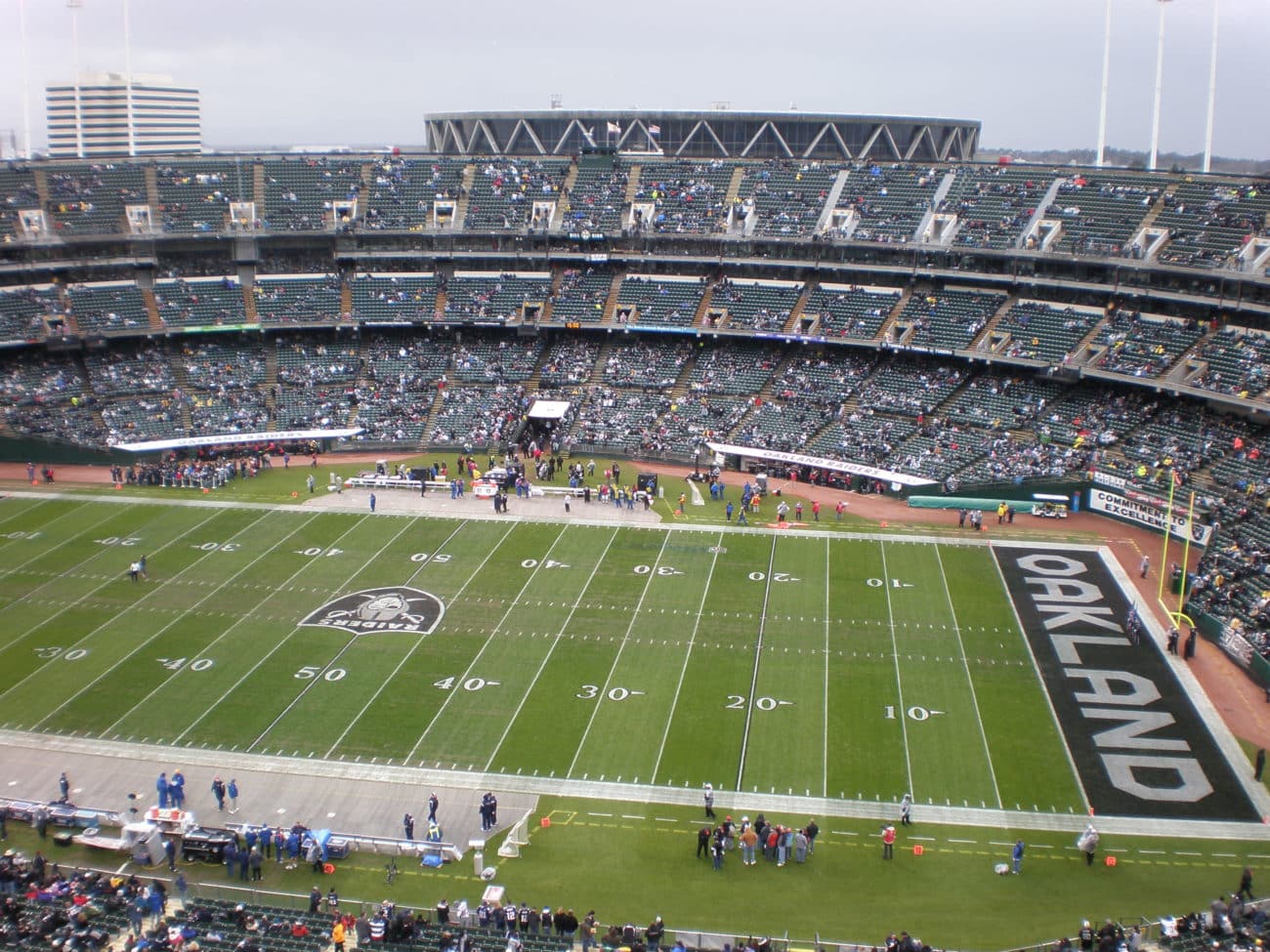 The city of Oakland made good on its threat to be that ex you just can’t shake off as they are still clinging to the Raiders as they hope to win the lottery in court.

“The defendants brazenly violated federal antitrust law and the league’s own policies when they boycotted Oakland as a host city,” city attorney Barbara Parker announced in a statement. “The Raiders’ illegal move lines the pockets of NFL owners and sticks Oakland, its residents, taxpayers and dedicated fans with the bill. The purpose of this lawsuit is to hold the defendants accountable and help to compensate Oakland for the damages the defendants’ unlawful actions have caused and will cause to the people of Oakland.”

We have obtained the court documents in their entirety. The complaint is a long read but it does refer to the NFL as a cartel which is simply laughable. The exhibits for the complaint are also fascinating as they are the NFL Constitution and Bylaws plus the franchise relocations procedure.

The Raiders have made it known that if the city sues them they would not play next year in Oakland. They still have over a year left on construction of the new stadium in Las Vegas which means the Raiders will need a temporary home for one season.

Levi’s Stadium seems to be a favorite choice of the other NFL team owners but sharing a stadium with the 49ers is not desired for either team. The 49ers never wanted to share the stadium and the Raiders do not want to feel like a second class tenant. Levi’s Stadium is super close to the Oakland Coliseum which is the biggest plus it has going for it.

San Diego County Credit Union Stadium in San Diego which used to be home of the San Diego Chargers before they moved to Los Angeles. This stadium is old and not in the best of shape but it is still an upgrade from the Oakland Coliseum which has to be one of the oldest and shittiest stadiums. This would be Southern California has three NFL teams which is not ideal.

San Antonio has made offers to the Raiders to be a temporary home. That is a long way from both Oakland and Las Vegas. The Raiders have a ton of fans in Texas. Arguably more than the Texans have and they are very likely to sell out the newly renevoted Almodome for every game.

Las Vegas could be an option if the Raiders used Sam Boyd Stadium for a year but in order for it to host an NFL team it would need a lot of upgrades and renovation. It would not give the Raiders the nice red carpet welcome of we are here to our new home in a brand new sparkly stadium in Las Vegas for their arrival.

Some less likely options exist such as using Mackay Stadium in Reno which is my favorite option. It gets them in the state of Nevada and still fairly close to Oakland. The stadium was recently renovated and is ready to host NFL teams. Salt Lake City is also an option as the Rice-Eccles Stadium is ready for NFL games and would be a test if Utah could support an NFL team down the road. The option of using a university stadium in the bay area. Multiple universities could play host for a year but they are already busy and none of them are hurting for cash which makes that extremely unlikely.